Taken on the way through Wisborough Green in West Sussex, UK, on Monday this week. The owner of the Van, Ralph Restorations, was renovating the telephone box in the background. The vehicle is a 1960’s Austin A35. The owner restores telephone boxes as well as old items of street furniture, such as petrol pumps and Royal Mail post boxes. He told me when the telephone box was restored it would be as shiny as new, similar to the photo from his web site below. I said I would check it out next time I was over that way. Perhaps I’d see him again over a pint in the Three Crowns Pub just down the street This is an example of what the restored Telephone Box should look like (Ralph Restorations web site).

What better place to finish up than, The Three Crowns Wisborough Green… 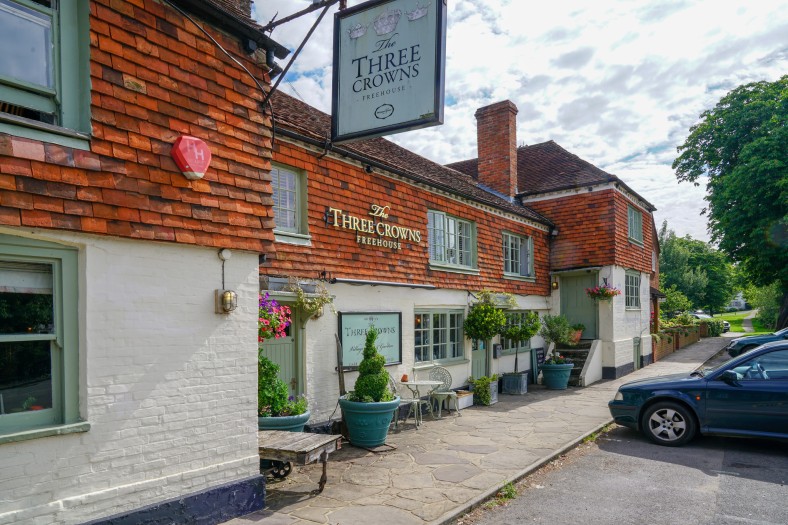